Why a Part-Time CFO is Critical for Your Small Business

Start with the End in Mind

Whether you're growing your business or getting close to retirement, we can help you improve your company structure to attract the right buyer at the right price.

Even if you're just starting out, building your business with an exit strategy just makes sense.

We have been actively involved in buying and selling businesses for more than 30 years.

We understand the intricacies of negotiation, valuation, due diligence, and employee morale. We have traveled this path many times and can provide you with wise counsel.

Sold within Three Years of Opening

When the Southeast Hospital Associations formed a group purchasing organization, we chose Joanie Gable due to her qualifications and many referrals. We grew exponentially within no time, and drew national attention. Joanie was then asked to serve on a Task Force for HealthCare Reform lead by Hillary Clinton.

The company was sold to a large national organization within 3 years of opening with Ms. Gable leading the exit strategy. 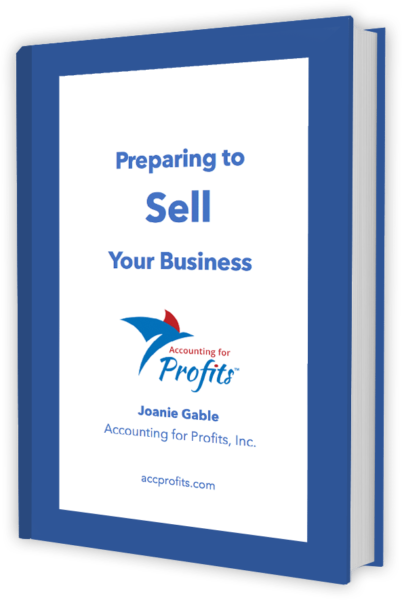 Learn about the strategies we employ to position your business to sell for the highest valuation.

The Realistic Value of Your Business

Increasing the Value of Your Busines

Preparing for Your Last Customer

Enter your name and email address and we'll send the Ebook to your inbox instantly! All information is required.